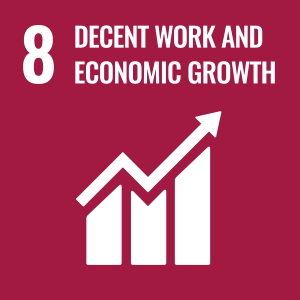 It is of utmost importance to us that our textiles are produced at factories with decent working conditions. As we do not own any of the facilities, we spend many resources on following up with the suppliers on their work on adhering to our Code of Conduct.

We are aware that some production countries represent systemic risks of unsafe working conditions and challenged labour rights. At the same time, the textile industry creates millions of jobs, and we do not see it as an option to simply cut out countries from the sourcing loop. Instead, we focus on contributing to improvement, through our own supply chain work, but also through national and international initiatives. You can read more about our engagement in initiatives here. 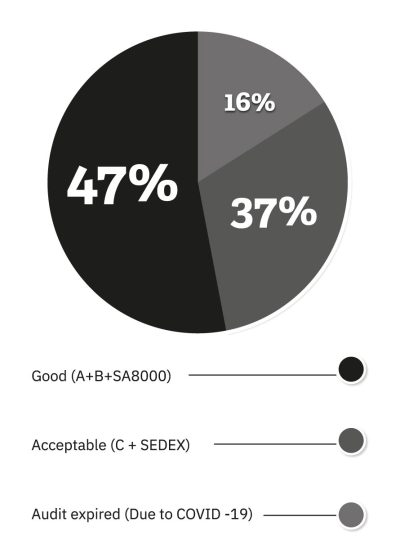 We have been a member of the amfori since 2013, and the amfori BSCI platform is actively used as the main social certification system. Suppliers are expected to work with the amfori BSCI (or other social certification system as SEDEX, or SA8000), and in cases where a factory has not yet initiated the BSCI process, we expect them to join. Suppliers are audited annually by third party auditors, and we use the audit reports to promote dialogue on necessary improvements. In the amfori BSCI system, a supplier can get the result A-E. Acceptable level is A, B or C.

We have set up a systematic follow-up system on audit reports. This means that when we receive a new report from a supplier, we go through it, and then create a so-called CAP-form, which mentions issues from the report. This CAP-form is sent to the supplier, and we expect them to fill out CAPs (corrective action plans) for each issue, including a timeframe for each improvement project. In this way, we track the improvements from supplier side (or the lack of such).
To the right, you can see 2021 figures on our top 30 suppliers’ BSCI performance.

PWT Group has been a signatory member of the Accord since 2013. As the latest Transition Accord expired on 31 May 2021, the Group followed the negotiations for a new agreement closely, and on 1 Sep 2021, PWT Group decided to sign The International Accord for Health and Safety in the Textile and Garment Industry. The new Accord builds on the 2013 and 2018 principles, and as a signatory, the Group commits to the health and safety work already undertaken in Bangladesh, and to the expansion of additional countryspecific health and safety programs.

As such, the Group continues to require all active Bangladeshi suppliers to work actively with the RMG Sustainability Council (RSC) (formerly known as the Bangladesh Accord program). That means 1) engaging with the Inspection Programme, 2) improving fire, building and electrical safety based on nspection findings, 3) participating in the extensive training, and 4) engaging in remediation dialogues based on the RSC grievance mechanism.